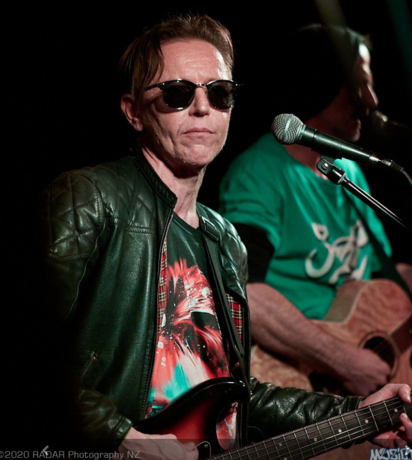 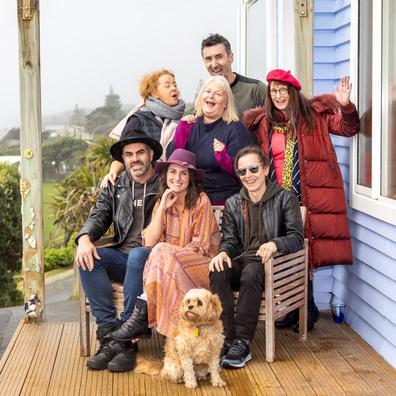 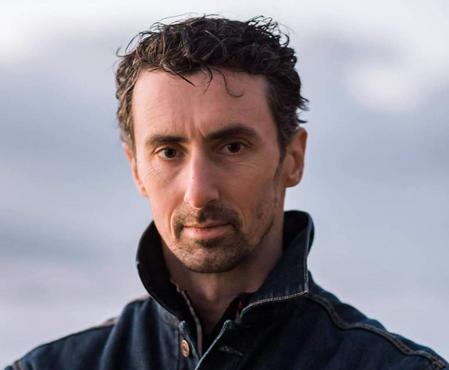 Teresa Sullivan is playing Drella, the nickname for Andy Warhol buy his intimate circle. Teresa has been involved with theatre and music for many years (47!!) both in UK and Aotearoa. In the UK she was a semi- professional rock singer and fronted three different rock bands over a period of 18 years.  She has been an active member of community theatre on the Kapiti Coast for the past ten years and performed in a variety of plays and musicals (at Otaki Civic, Kapiti Playhouse and Mana Little Theatre). She has also directed  these include  Blind Eye by April Phillips (Kapiti Playhouse 2018) and Phantom of the Opera (Otaki Civic 2019).  "Theatre productions for me, are all about great team work and supporting each other. I love performing and am proud of the talent and quality of the productions I have been involved with; I am a big fan of the Velvet Underground and to see this project take shape has been an amazing experience really pleased to be part of it!"

Debra Mulholland plays Lou's mother. She is an actress, improvisor and comedian, and has directed, produced and created shows. For more than thirty years she has devised pieces in different mediums for the International market, shows for theatres, festivals, and the corporate market. She recently featured in a comedic double role in ‘Hunterstreet’, for Nickelodeon. Behind the scenes Deb consults and runs the Mulholland Academy acting studio in Amsterdam.  Deb has returned to New Zealand to spend time with family, friends, and to enjoy her beautiful country.  Nothing seems more right.

Michelle Scullion is a musician, composer, musical director, performer and photographer, who has been working professionally in the entertainment industry since 1975. For film, she has composed the scores for 5 feature films, including ‘Bad Taste’ – director Sir Peter Jackson, and recently ‘Eternity’ – director Alex Galvin, many short films, documentaries, TV productions and corporate videos. She had released 5 CD’s of her own music, one being a play along improvisation tuition guide, and recorded for over four decades on numerous albums, CD’s and other creative projects by many New Zealand composers and songwriters. In her show World of Flutes Michelle performs flutes  from all over the world – concert, alto, bass, piccolo, bamboo flutes, Koauau and Nguru.  As a performer she is currently a member of the Crows Feet Dance Collective and has been composing tracks for them for years using many styles. As a musical director, she has worked for decades in a whole host of shows in several theatres in Wellington. She uses her wise range of styles to enhance quality and integrity to each production. While working with other performers, she enjoys getting the very best out of other performers in the productions. 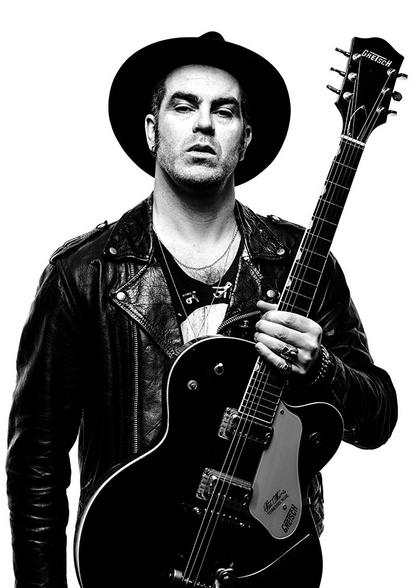 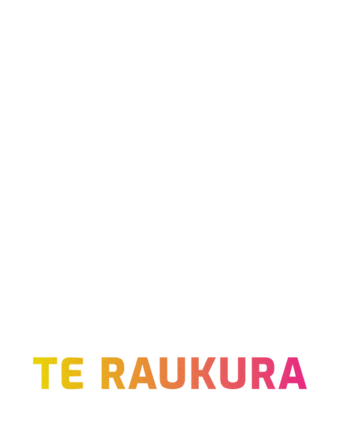 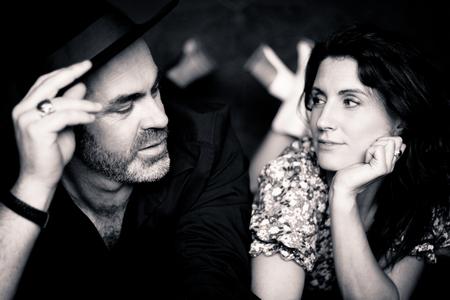 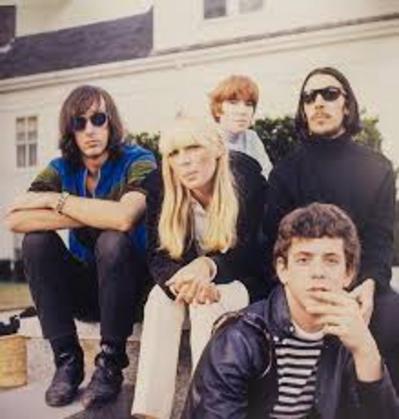 Benjamin Fransham is playing Nico's father. He is an actor best known for his role in the film What We Do in the Shadows. In 1992 Fransham began freelance work, performing in Paul Jenden's South Island tour of Dance South and in '93, and toured New Zealand with Footnote Dance Company. He made his first dramatic role debut as "Rudy" in Jacqueline Coats's stage production of Bent, which won a 1997 Chapmann Tripp Theatre Award for "Most Original Production of the Year". Since then he has performed in musical theatre, dramatic plays, vaudeville, puppetry, and sketch comedy shows, with increasing work in film and television. Fransham performed in several episodes of Legend of the Seeker (2008–2010), in various featured roles of horrifying creatures. Fransham works across multiple disciplines, including stunt performance, (e.g. with Terry Notary, in The Hobbit film trilogy, as a goblin, and with the stunt team as various orcs, goblins, humans and elves). He also appeared in three episodes of Ash vs Evil Dead. 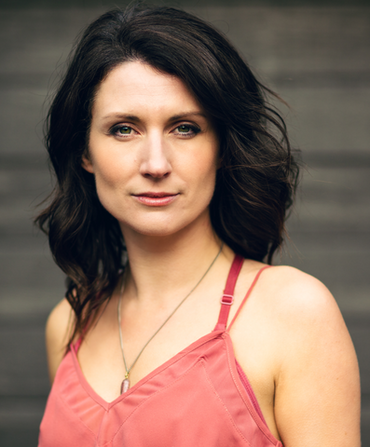 This is a work in development.

“When you’re growing up in a small town, and you’re having a nervous breakdown; and you think that you’ll never escape it, yourself or the place that you live.”

A new musical is set to take the stage in the new Sir John Trimmer Theatre, a black box theatre at Te Raukura ki Kapiti.  The musical takes the premise of Lou Reed and John Cale’s track “Small Town”, from their 1990 album “Songs For Drella”, the affectionate name used for Andy Warhol by his inner sanctum.

Set  in Paekakariki 2020, it  follows the story of Lou, John and Nico, three struggling musicians who decide to form a Velvet Underground tribute band in order to get the funds to make their first album.

“There is something strangely suffocating about growing up in a small town even if it is described as the centre of the universe or another word for paradise, phrases often used to describe places like Paekakariki” says director Shona Jaunas. “I was drawn to Michael’s script because it spoke of a fairly universal desire to get out of the place you came from, and the struggle of finding yourself when you feel trapped.”

Jaunas says the script is full of dream and desire.  “Lou and John want to break free from their small town and when a new girl in town attracts their attention. The three of them spark and their dream looks to become reality. But the drag of a small town is powerful, and soon fractures begin to show. Lou and John’s jealousy over Nico’s affections cause a division between them, while Nico’s personal life with her violent father fuels her own despair.”

Jaunas says the script also has significant current relevance.  “We have a domestic violence problem in Kāpiti. Prior to Covid 19 the police were getting 15 to 30 domestic violence call outs per week. It is a part of who we are and we don’t often discuss but it is there and we all need to be part of finding solutions and making our homes safe,” she says.

The cast is made up of some of Kāpiti’s best talent.  Danni Parsons is playing Nico while Thomas McGinty is a Kāpiti College alumni. Lance Shepherd plays Lou and Benjamin Fransham takes on the role of Nico’s father. Teresa Sullivan is Drella and Michelle Scullion is on board as musical director.

“We are so fortunate to have such a bedrock of talent here in Kāpiti and now such an incredible venue to work in,” says Jaunas. Small Town will be performed at Te Raukura Ki Kāpiti July 15th,16th and 17th at 7.30pm. Tickets from Eventfinda.

Lance Shepherd has worked as a professional musician/producer since leaving high school. Based in London through the 2000’s as a touring/recording guitarist with Martina Topley-Bird (ex Tricky) Lance has worked with a number of producers such as Johnny Dolla (Massive Attack) Leila Arab (Bjork) has played a number of high profile radio, television and live shows shows throughout Europe and the US including BBC2, France Inter, XFM, Later… With Jools Holland, Montreaux Jazz Festival and SXSW.

Thomas McGInty plays John. He is an actor, artist and musician based in Mt Victoria, Wellington. Thomas has acted in many productions with Wellington Repertory Theatre including Amadeus, Blackadder Goes Forth, Carpe Jugulum, and Play On. Thomas got his first major film role as a featured Orc in The Lord of the RIngs. In 2013 he attained an advanced diploma of art from The Learning Connexion. He is a regular fixture at the famous underground venue,  Lovelands (www.lovelands.co.nz)  He is a singer songwriter with the band The Gentleman Bastards and they are currently recording their debut LP.

Born & raised in Wales, Danni Parsons was an avid member of the local performing arts community which saw her perform in local musicals, orchestras, singing in Nationwide competitions, and eventually studying screen Acting. Since settling in NZ, Danni has been mentored by some of NZ’s most highly regarded casting directors, coached by Miranda Harcourt & has worked alongside world renowned directors on Mortal Engines, Ghost in the Shell & Avatar as an actor/body double for Juliette Binoche, Scarlett Johansson and Caren Pistorius amongst others. Danni is also a singer-songwriter for a Wellington based acoustic duo ‘In the Shallows’ alongside Lance Shepherd.